by
Vauxoo, Nhomar Hernández
- 16/01/2019 02:55:12
Ok.
I solve that with pure custom dev and server actions (if sass)
The mindset is:
Gualá ;-)
I do several server actions because generally they will be evolving in the mean while your workflow improves (but try to think on them very well to avoid overload of pointless restrictions the system).
To add elements to selection you need access to code (because add_selection is not available, but the WFK can be generally related to other fields than state itself). 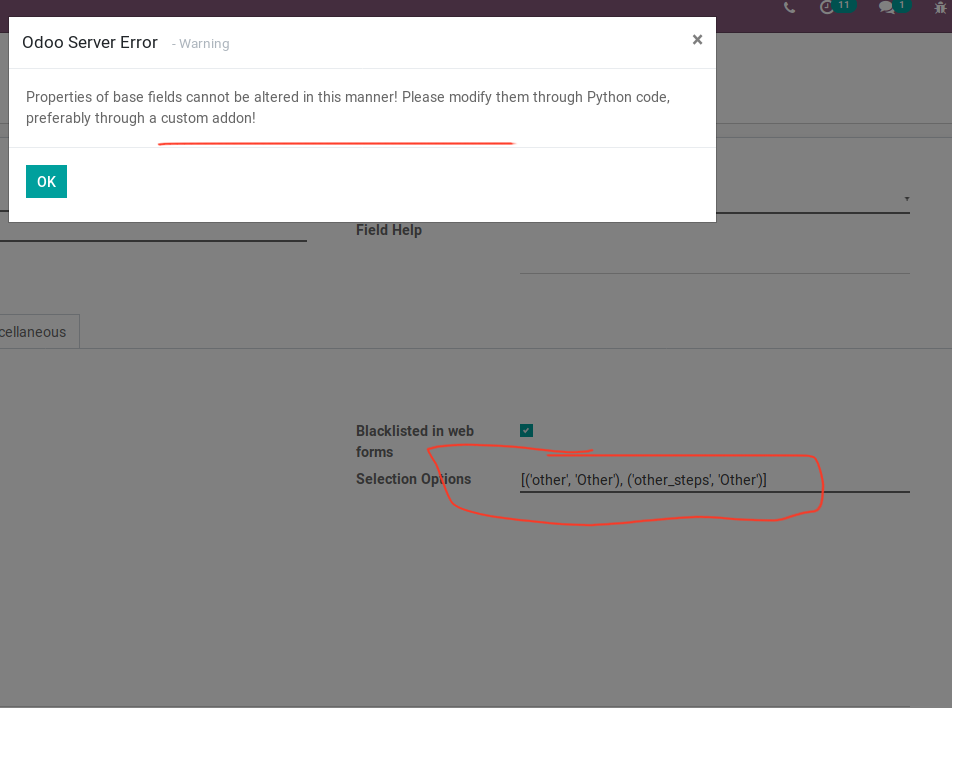 in studio).
When it evolves and is stable (or when it is complicated enough) I use the same technique but copying the first version of the code to a module and following the OCA SQA that you know.
On Tue, Jan 15, 2019 at 8:22 PM Eric Caudal <eric.caudal@elico-corp.com> wrote:

Thanks Nhomar for the feedback.

Actually I am not so much interested in the graphical interface but more in the possibility to add for any model some stages with ACL (could be something similar to the stages in CRM with ACL for next and previous stages).

I do not know in advance the full stages and ACL and I need it to be configurable in the interface.

I use.
Draw.io and program orthogonal in Odoo.
Why? even if I was one of the biggest defenders of the WFK engine, the real real true, is that it is the same effort have it graphically than orthogonal.
At the end neither Odoo or the WKF was complete ever.
Regards.

Has somebody made any development in v12 to replace the workflow management available in v10? Migration of previous functions (I am not even sure this is realistic) or new simpler concept in order to add a workflow with stages and roles to any object in Odoo