The OCA Days 2018 were held during October 1st and 2nd in Louvain-la-Neuve, Belgium, preceding the Odoo Experience event that was held in the same city. More than 180 people from all over the world participated both on-site and remotely, and shared their experiences in Twitter using the #OCADays2018 hashtag. The OCA Days are the perfect playground to discover OCA, where the participants have a unique opportunity to get to know each other better, get to know what is people working on and take decision on the future roadmap of existing or new features related to the Odoo ecosystem. 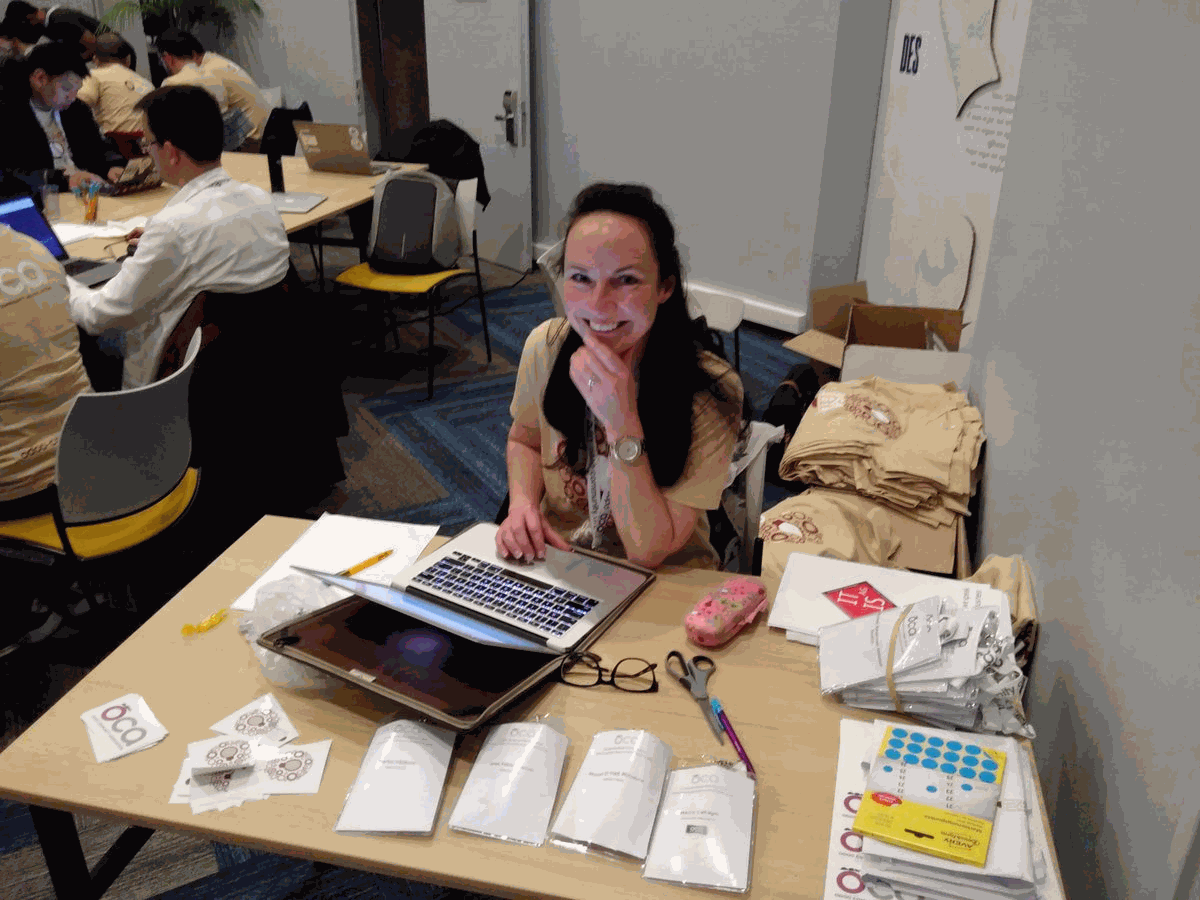 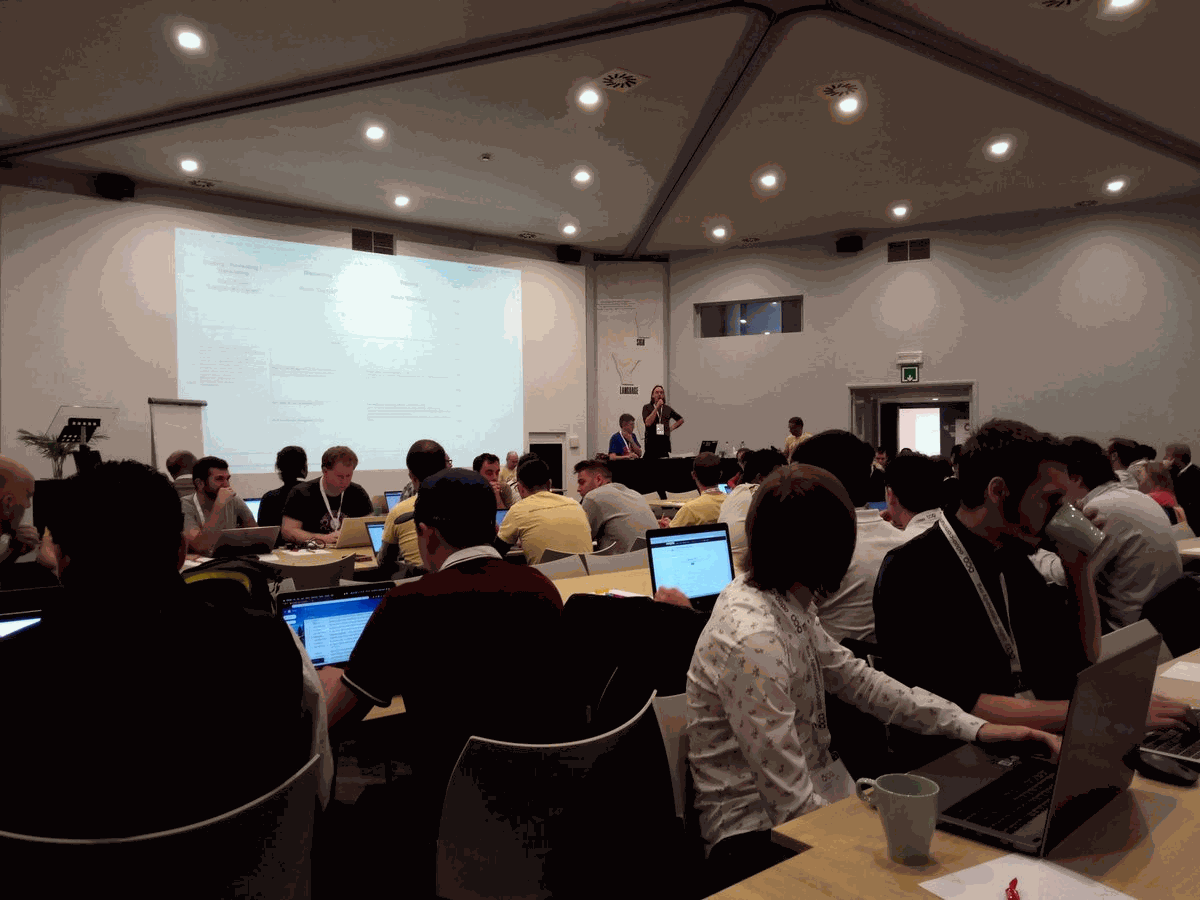 The OCA Board, kicked off the event, introducing participants to the agenda of the event and soon everyone was busy attending to their chosen Track activities. Each Track was held in its own separate room: 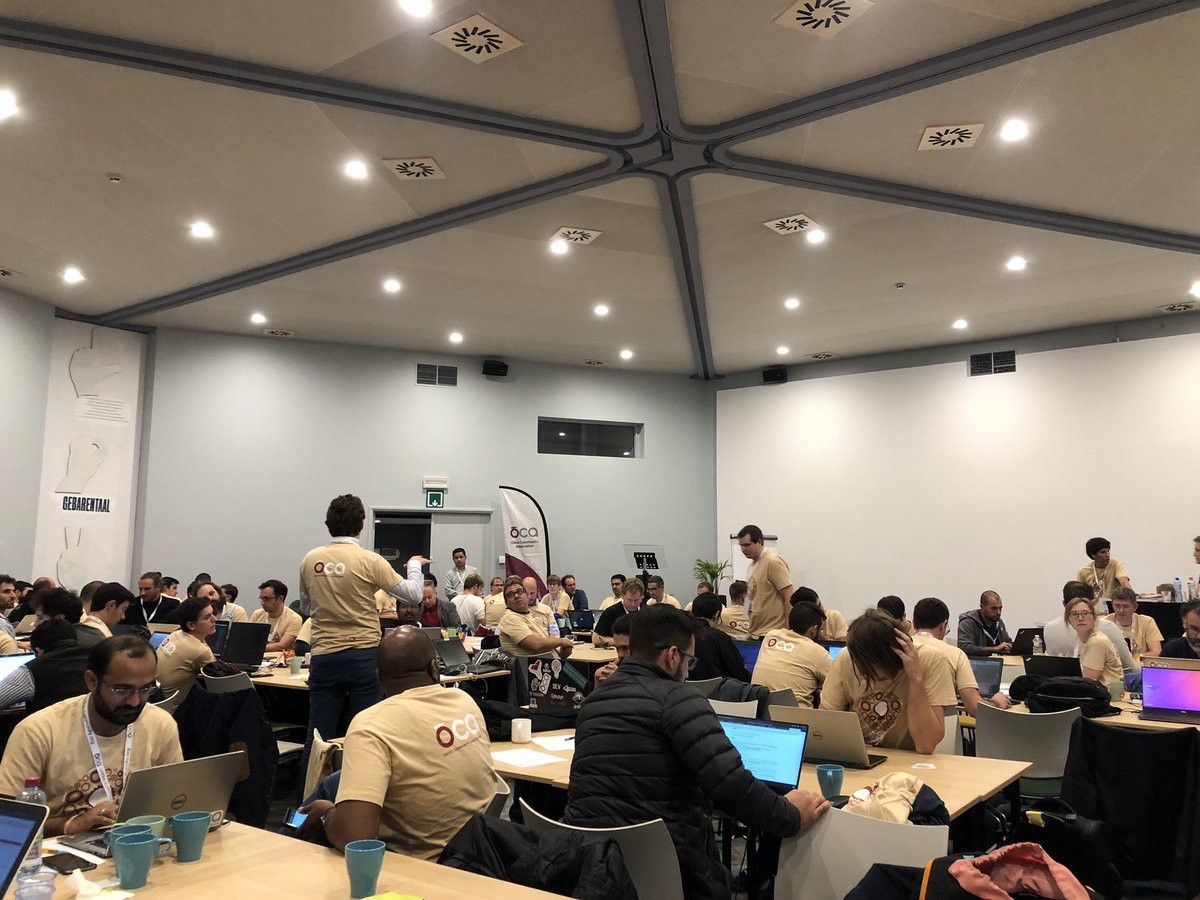 While much more activity was done preparing work to be merged to OCA, here are some highlights of significant work that hit the OCA repositories.

The Coding / Reviewing / Translating track provides the opportunity to participants to contribute to the OCA by creating or extending new modules, doing reviews of existing pull requests in Github, or translating existing modules to different languages using the Odoo Community Translator.

OCA Apps Store: The OCA decided to build it's own Odoo Community Apps Store allowing anyone to easily search for and downloaded any OCA module. A very impressive result was the work done to complete it during the OCA Days, with significant contributions to OCA/apps-store and OCA/interface-github , and with active participations from Oscar Alcalá (Vauxoo), Stephan Rozendal (Neobis), Eric Caudal (Elico Corp.) and Roel Adriaans (Road Support).

OpenUpgrade: This tool provides all what is needed to successfully migrate Odoo across versions. The main components are OpenUpgrade and Openupgradelib.

The OpenUpgrade v12 project was officially kicked off, with an active participation by Stefan Rinjhart (Opener) and Paul Catinean (Pledra).

Financials: The financials-related OCA repositories intend to provide extended capabilities to Odoo in order for it to achieve what a business needs to run their accounting. Akim Juillerat (Camptocamp) and Luc De Meyer (Noviat) worked actively on the OCA/account-financial-tools, with achievements such as contributing to the migration of the Account
Asset Management module to 11.0. Nicolas Jeudy (PandaChi) and Andre Stirpe (Onestein) made a last push to accomplish the merging of the account_invoice_import module to 11.0 in OCA/edi. Miquel Raïch (Eficent) proposed new modules account_skip_bank_reconciliation, account_set_reconcilable, to OCA/account-reconcile in 11.0. Sébastien Bidoul and Virgin Dewulf from Acsone worked on the Belgian Localization, where they were able to migrate the Belgian MIS Reports to v11.

Verticals and other areas: Jay Vora and Yogesh Mahera from Serpent Consulting Services worked in the OCA/vertical-hotel, with significant achievements migrating modules to 11.0. Vacha Trivedi (Serpent CS) made it possible to migrate the module hr_contract_multi_job to 11.0 in OCA/hr. Vicent Cubells and Pedro Baeza were able to merge the stock_lot_scrap module to 11.0 in OCA/stock-logistics-workflow. Nikul Chaudhary (Serpent CS) worked very intensively on the migration of OCA/donation modules to 11.0, under review from the author, Alexis de Lattre (Akretion). Jose Maria Alzaga (Acelsis Consulting) worked actively on the migration of the OCA/management-system modules to 11.0. Guewen Baconnier worked on the great OCA/queue with reviews and fixes. Dennis Sluijk made significant improvements to web_timeline in OCA/web to improve usability. 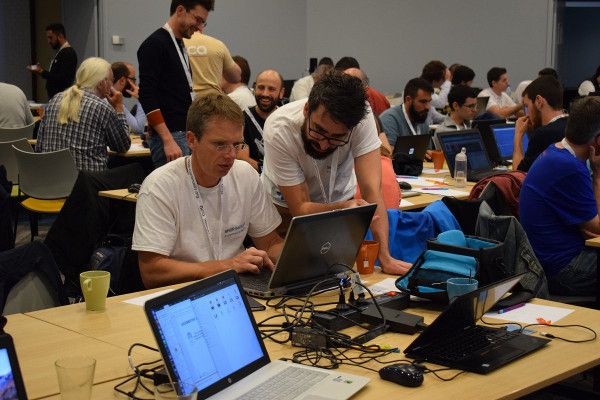 Laurent Mignon and Sébastien Beau worked very hard on the OCA/rest-framework that is used by Shop Invader.

The Discussion Tracks intend to provide a unique opportunity for participants to discuss about the future roadmap of various aspects of the OCA, including code, process improvement opportunities to better organize the OCA, or just presentations of new features with the subsequent discussions.

Maxime Chambreuil (OCA Board member, Open Source Integrators) introduced the Field Service project specifications and use cases to the audience. Rebecca Gellatly (OCA Secretary, O4SB)  and Maxime introduced to attendees best practices on how to organize events, and how OCA can help them. Pedro Baeza (Tecnativa), Daniel Reis and Frederik Krammer (InitOS) gave an introduction on Contributing by functional experts. 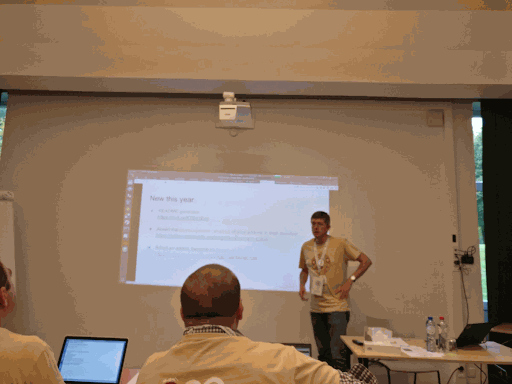 The Numigi team presented their Karma module that allows to create metrics on any object in Odoo. 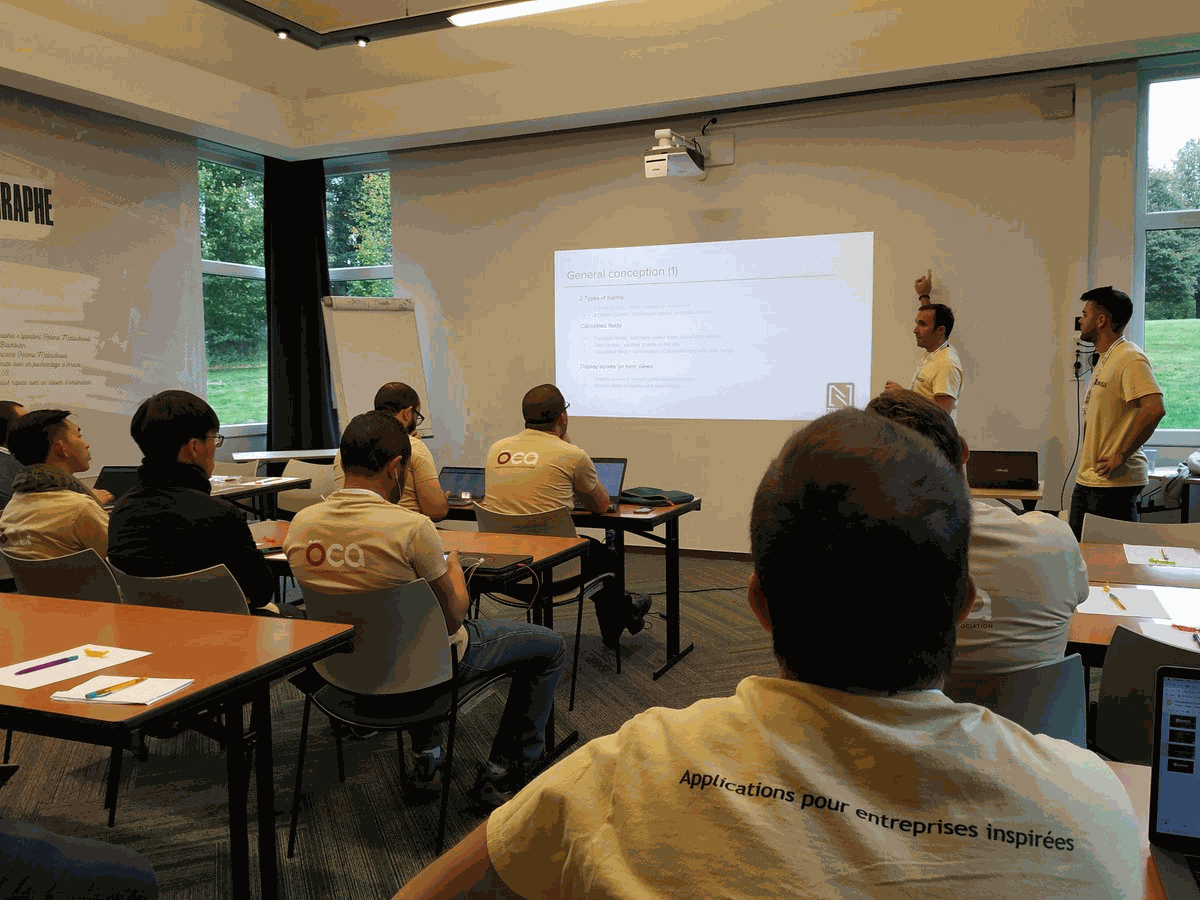 The end talk was by Moises Lopez (Vauxoo) on how to find culprits about performance issues, which he also gave during Odoo Experience.

The Training Track provided a great opportunity for participants to learn from worldwide Odoo experts on a number of topics. The trainings were both technical and functional.

Soon after the kick off of the event, Daniel Reis and Nhomar (Vauxoo) gave a crash course for newcomers on how to contribute to OCA, which attracted a lot of people and interest! 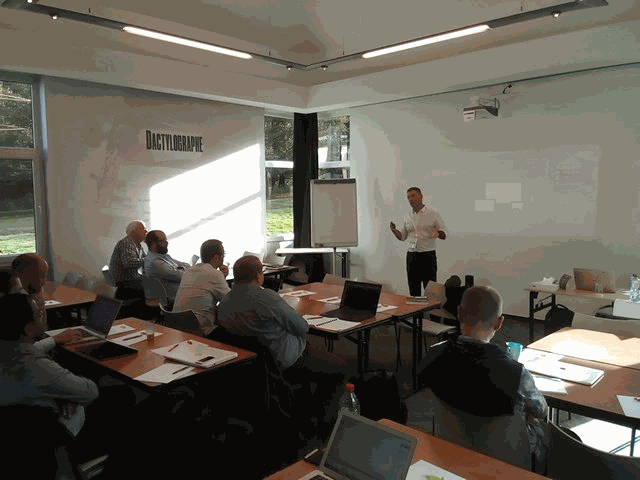 Alexis de Lattre (Akretion) followed with an introduction to the use of electronic invoicing today. A topic that Alexis has been working on for several years, with very significant achievements. The modules are to be found in https://github.com/OCA/edi. 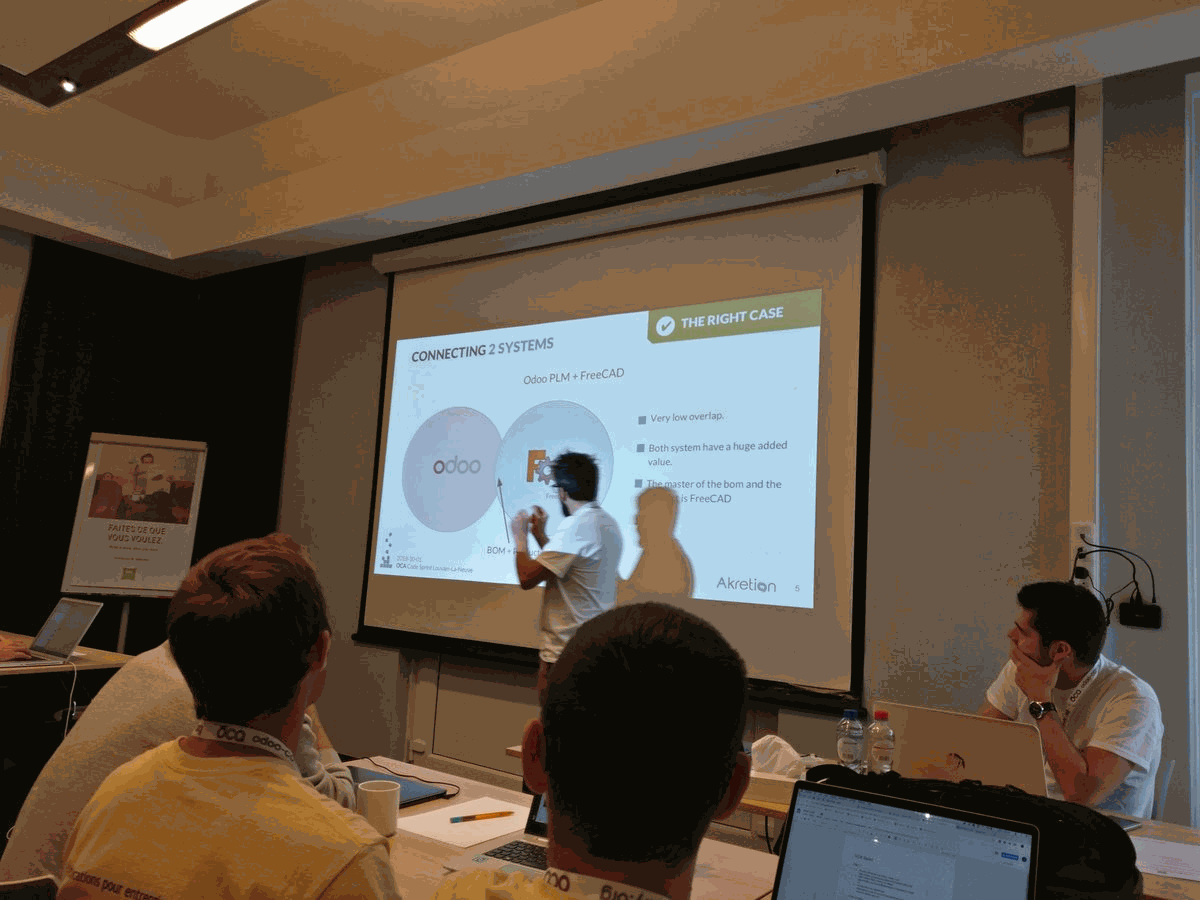 Robin Keunen (CoopItEasy) presented a talk on how can Odoo help the cooperative movement. 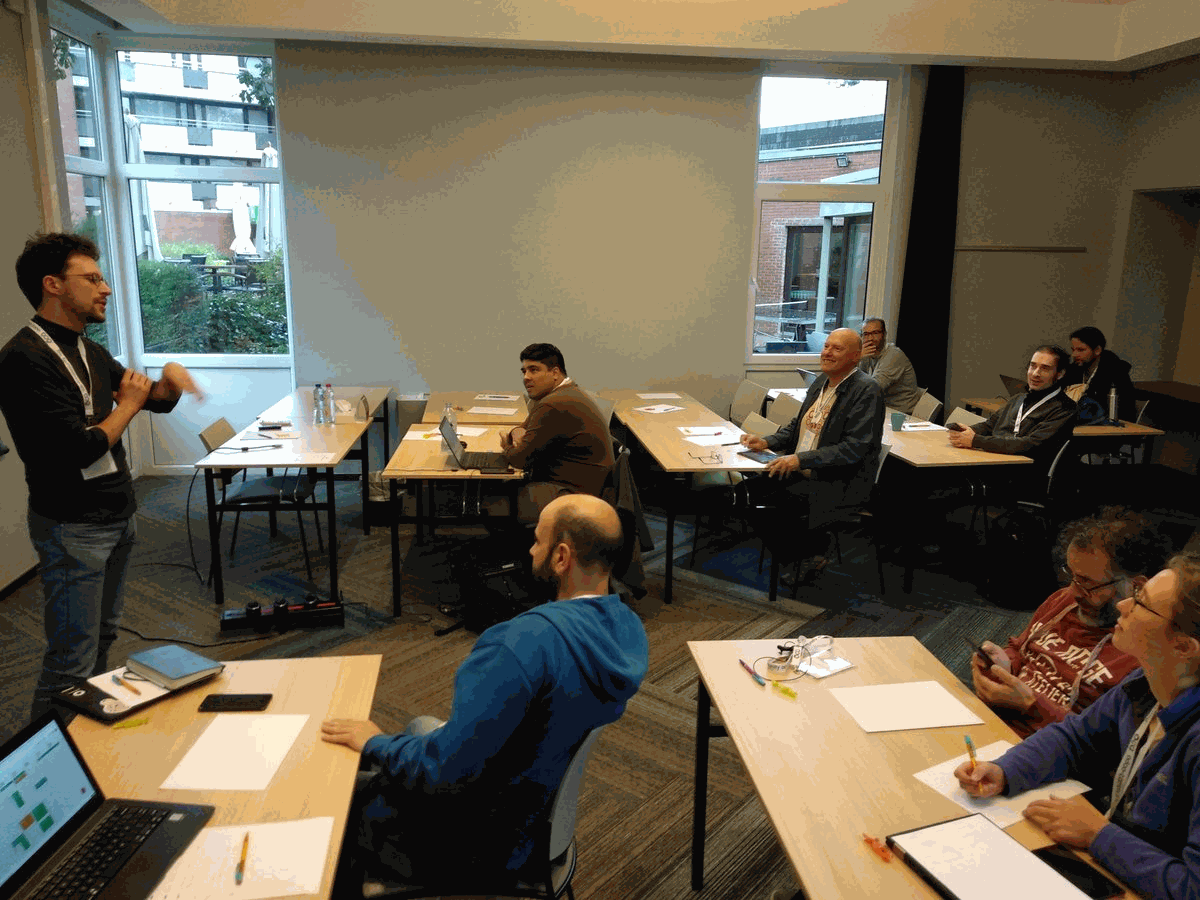 Overall, the OCA Days 2018 were a success, and people are looking forward to meet again soon and continue sharing their experiences. Thanks to all the participants!!!